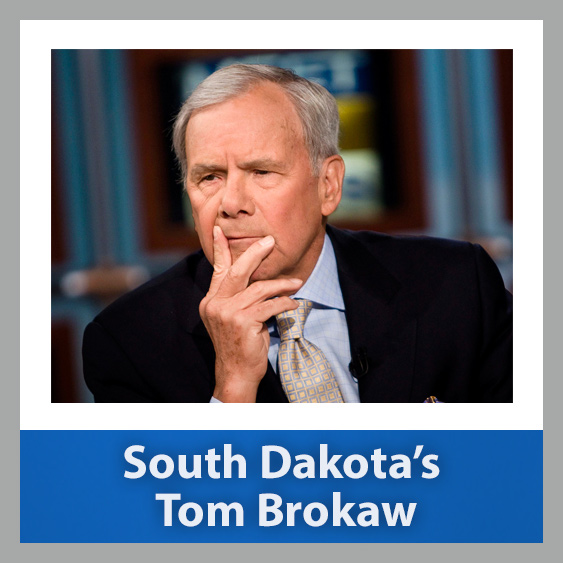 Tom Brokaw was born on February 6, 1940, in Webster, South Dakota. Starting as a radio reporter in college, Brokaw worked his way up to become NBC’s Washington correspondent, covering Watergate in 1973. He was named anchor of NBC Nightly News in 1982, and during his tenure as news anchor, he saw the fall of the Berlin Wall and interviewed Mikhail Gorbachev. He remained at the anchor desk until his retirement in 2004. Brokaw’s 1998 book, The Greatest Generation, was a best-seller.